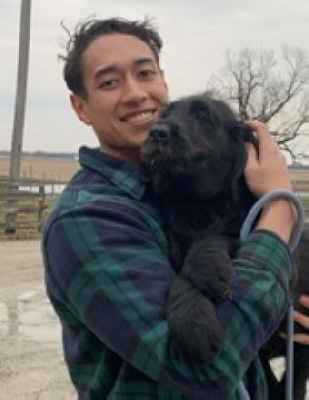 Ezra M. Lanotte, 26, of Fort Wayne, formerly of Aurora, CO, passed away on Thursday, March 17 at his home. Ezra served 6 years in the United States Marine Corps. He was a Signals Intelligence Marine by trade that became a Radio Reconnaissance Marine (2623) at 1st Radio Battalion with the 11th Marine Expeditionary Unit Platoon. He deployed with his platoon from May to November of 2019 throughout the Asia Pacific and Persian Gulf Regions supporting and leading numerous intelligence operations. He had a passion for his job, his fellow Marines, special operations, and training to be the best.

Funeral service for Ezra will take place on March 25, 2022 at 12 pm with visitation 1 hour prior, at Holy Cross Lutheran Church (3424 Crescent Ave.) Visitation will also take place at FairHaven Funeral Home and Cremation Services on Thursday, March 24, from 4-7 pm. Preferred memorials may be directed to the Pat McAfee Foundation.